What is Unconventional Russian Roulette?

Unconventional Russian Roulette introduces similarities as its origin Russian Roulette. The difference is that instead of using one bullet, it uses three bullets where they are loaded adjacently.

Three bullets are loaded into the cylinder adjacently, Player A has taken a shot and survived. We, as Player B, need to decide whether to take a shot or not. For the sake of simplicity, the game ends this round and here are the conditions:

Q: If the main goal here is to be alive and to take 1 MILLION DOLLARS back home. Should Player B take a shot or not? and Why?

Indeed, there is a way to increase our chances of going back home alive with money.

A cylinder consists of 6 rounds: 3 loaded, 3 empty. That’s 3/6 and 3/6 or 50% equal chance of surviving. However, the game begins the second round for us (as Player B). After the first round has been played out and Player A has survived, the chance of winning is dimming since an empty round has been shot; that leaves us 3/5 or 60% of catching a bullet. 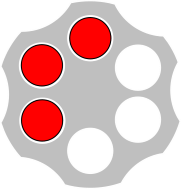 A right-minded person would choose to pass since there’s a 60% chance of bullet existing in this round. However, this is not the case. By having three adjacent bullets loaded gives us a huge advantage of earning that lovely 1 million dollars and going home safely by taking a shot.

Considering this, Player A has survived the first round which means an empty round was fired; furthermore, the bullets are loaded adjacently. Therefore, there’s 2/3 chance that the cylinder is currently empty. The figure below depicted the aforementioned scenario in which the cylinder rotates in clockwise. 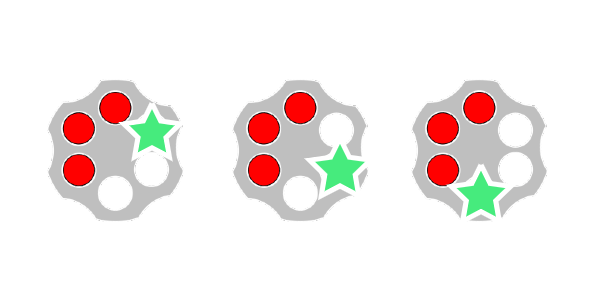 We can see that 2/3 will be empty and 1/3 will be a bullet. So, if we had to be choose between taking a shot or passing to get 1 MILLION DOLLARS, we’d have a better chance with taking a shot.

Let’s create a simple script to simulate the game for us to prove the concept.

By experimenting 1000 games with a taking-a-shot method and a passing method, the results showed that taking-a-shot won 658 games; on the other hand, passing only won 312 games. The results matched our assumption. 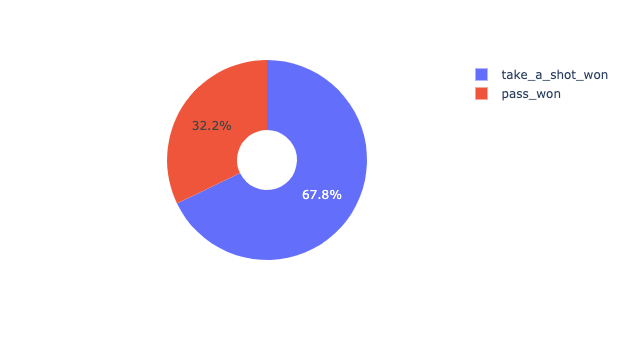 Finally, I do hope that this post sparks your interest in programming and data exploration. Cheers.